The Screen Combat Qualification That Counts

This is the Warrior Masterclass: The UK's leading screen combat course recognised by the UK Film & TV Industry. Created by stunt and action professional Andreas Petrides, utilising his 30 years of extensive knowledge and experience of screen combat, having personally trained numerous Oscar-Winning actors and has worked on some of the biggest epic battle sequences to date. Andreas's passion for combat started from a very young age, studying various martial arts and weapons for many years, while watching and copying the screen action from numerous martial art movies, He also learnt to fence competing and becoming a club coach and with his love of battle history and weapons, he went on to study period weaponry. The course can hone you into becoming a highly trained and versatile screen action performer.

Whether you’re looking to add to your skill set as a stunt performer, actor, supporting artist, or have a passion for movies and want to learn to fight like your screen action heroes, the Warrior Masterclass standard is highly respected within the industry.

You must be over 18 to attend the course or 16 with parental consent!

The Warrior Masterclasses consists of four intense and enjoyable training phases finishing with a one day advanced screen combatant test. Each phase is three days long and set approx. 6 weeks apart. The entire course can take between 8-12 months to complete and you need to complete each phase in succession.

The course takes you from learning the basics of screen combat and one-on-one choreography, through to battlefield clash scenarios and large multi-weapon combat groups in both modern and ancient styles.

You’ll learn to use over 16 different weapons and portray a diverse range of characters, from hardened knights and deadly ninjas, to swashbuckling pirates and marauding vikings.

You will be taught by UK leading professional Stunt Co-ordinators, Stunt Performers and Screen Combatants having co-ordinated and performed combat, stunts and screen action on some of the biggest productions of all time.

If you're an aspiring actor, stunt performer or a supporting artist, the Warrior Masterclass will teach you how to perform combat for screen, in order to expand your current skill set.

It was such amazing place and great challenge for who is looking for build up an acting action character. I was there last week to upgrade my martial arts with the Warriors Phase 1 so...I was so impressed with the team and Instructors. Very good organise and awesome training. I was so happy to made my decision with... [Continued]

An incredibly informative and technical course - just finished phase 1 and I've learnt so much in 3 days from the amazing instructors, all fully trained and working stuntmen. Screen combat is a serious art form that may look easy but as... [Continued]

If you are new to the industry of acting id say The BAA is the place you want to have in your homing beacon. The service they give, the patience they have and positive reinforcement to help you improve is top class. Phase 1 was an exciting introduction into gaining and... [Continued]

SEE MORE OF OUR REVIEWS!

A mobile army of over a thousand Warrior trained fighters, deployed on battlefields and fight scenes for movies and TV productions of all sizes. Hundreds of our students have gone on to make lifelong friends throughout their combat and stunt training with us.

Approx 75% of all the yearly intake of stunt perfomrers onto the British Stunt Register, have completed a course at the British Action Academy.

We're so proud to see our students achieving their goals in becoming stunt performers and skilled supporting artists, working on movies and TV shows across the world.

To start your Warrior journey, check out Phase I. 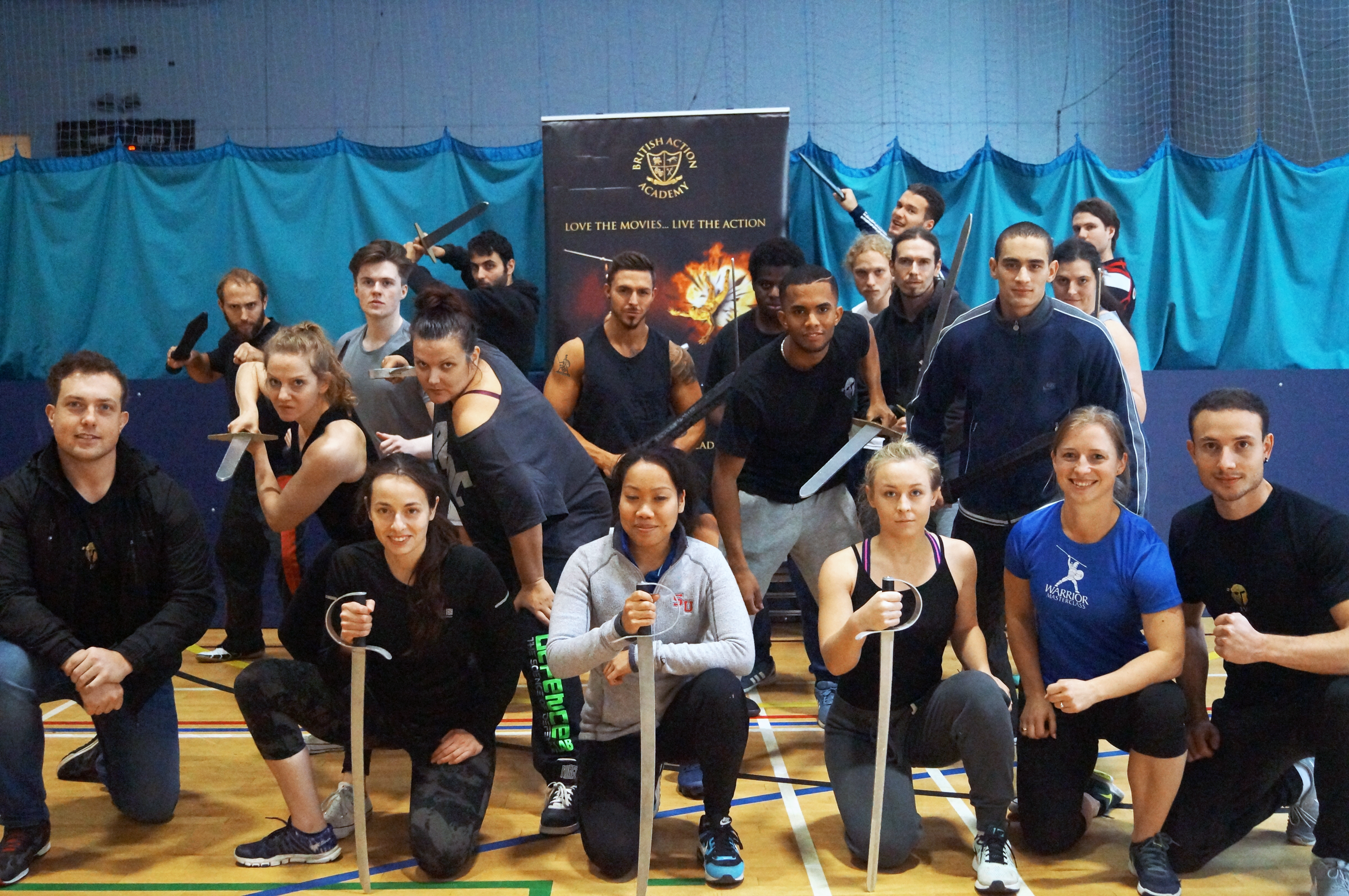 Just one of our many Warrior family groups... 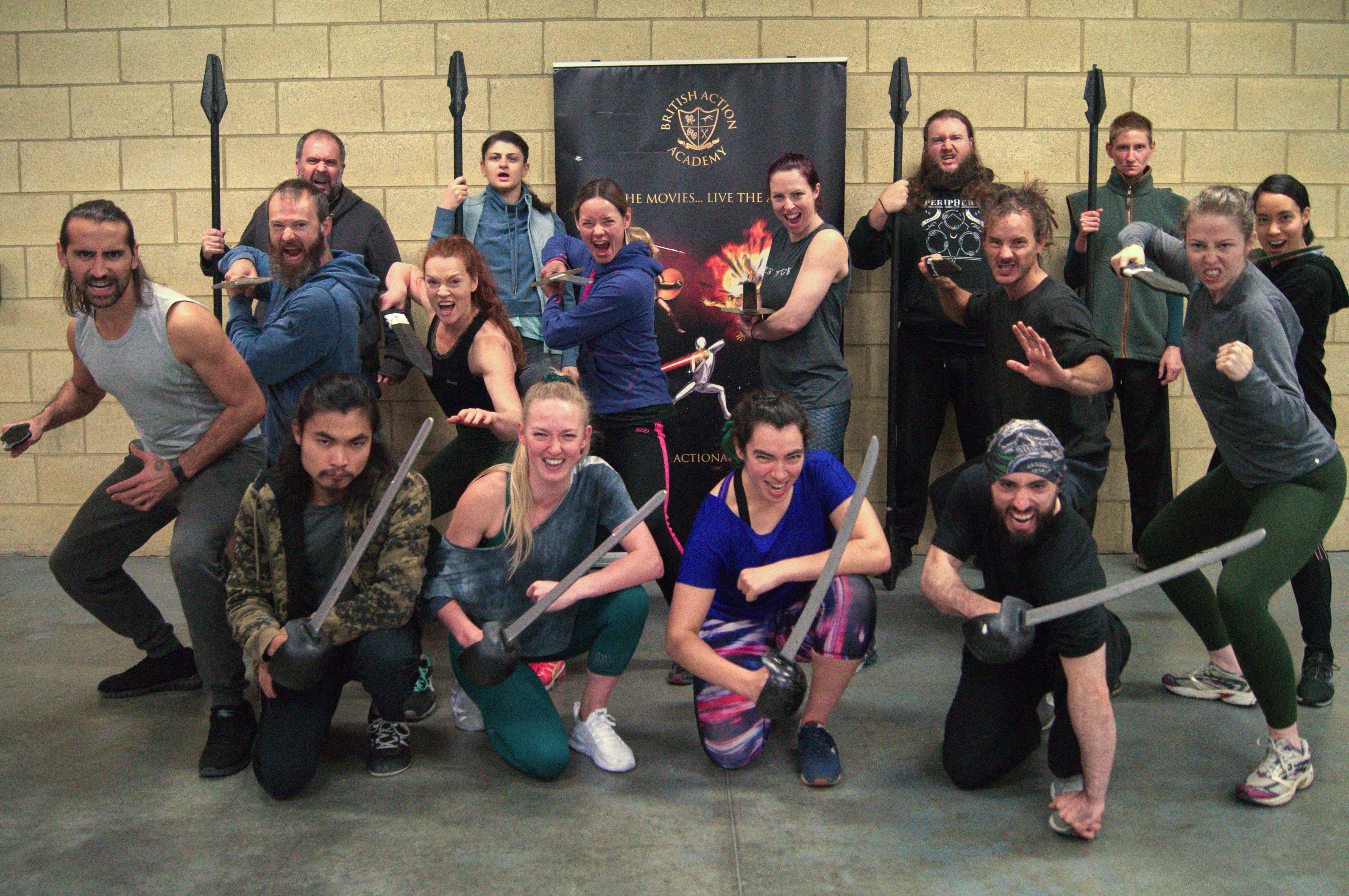 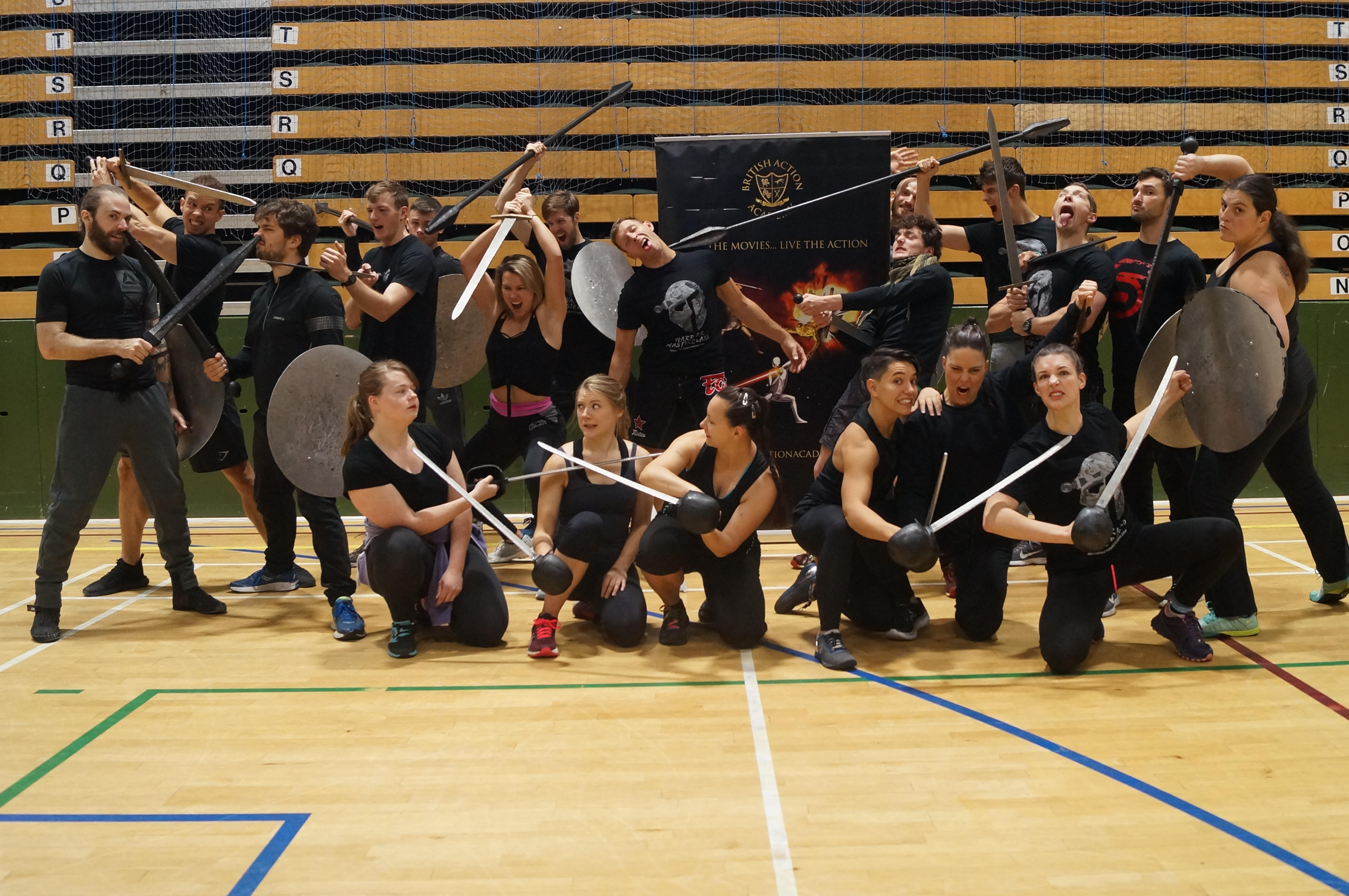 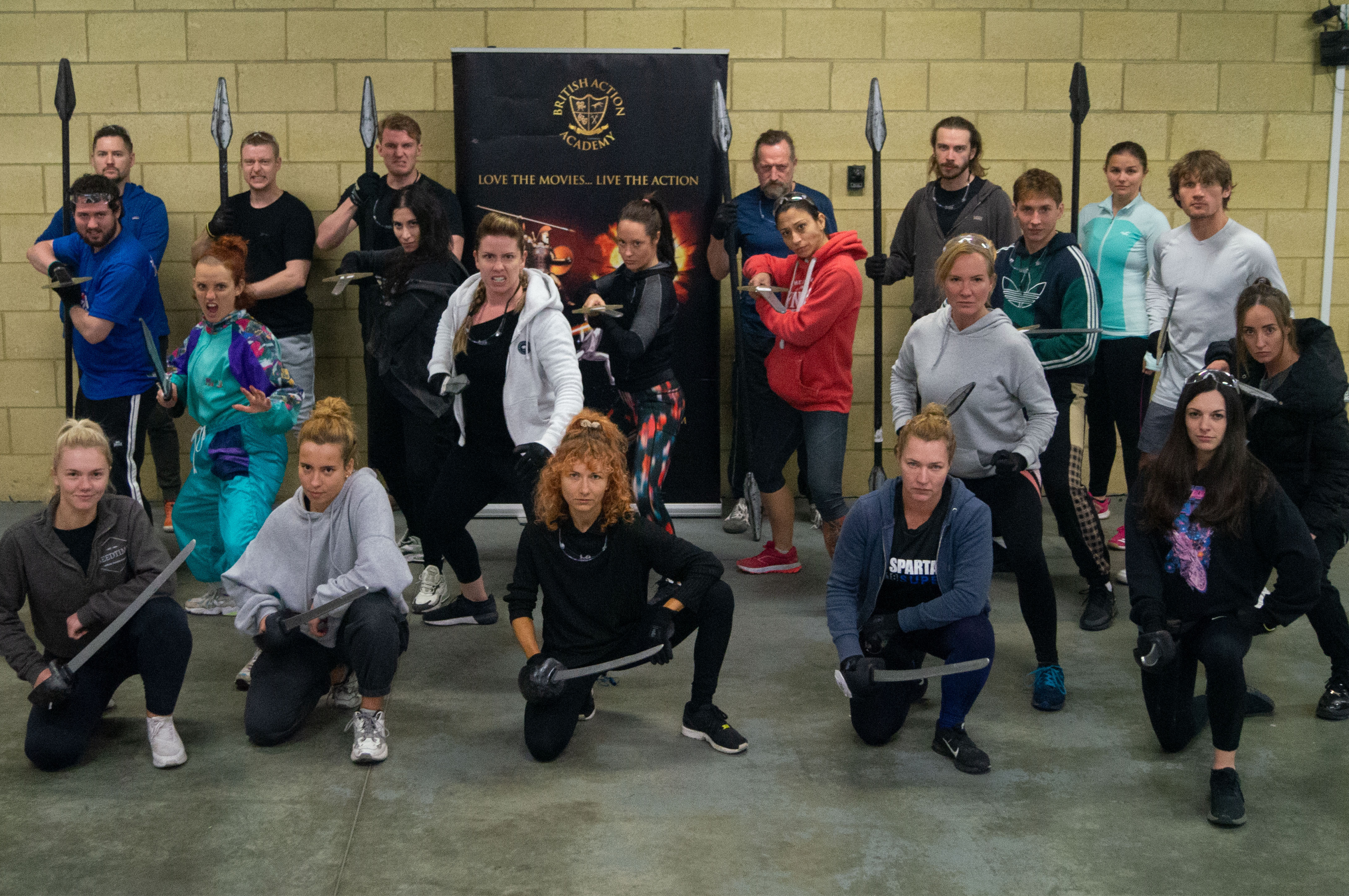 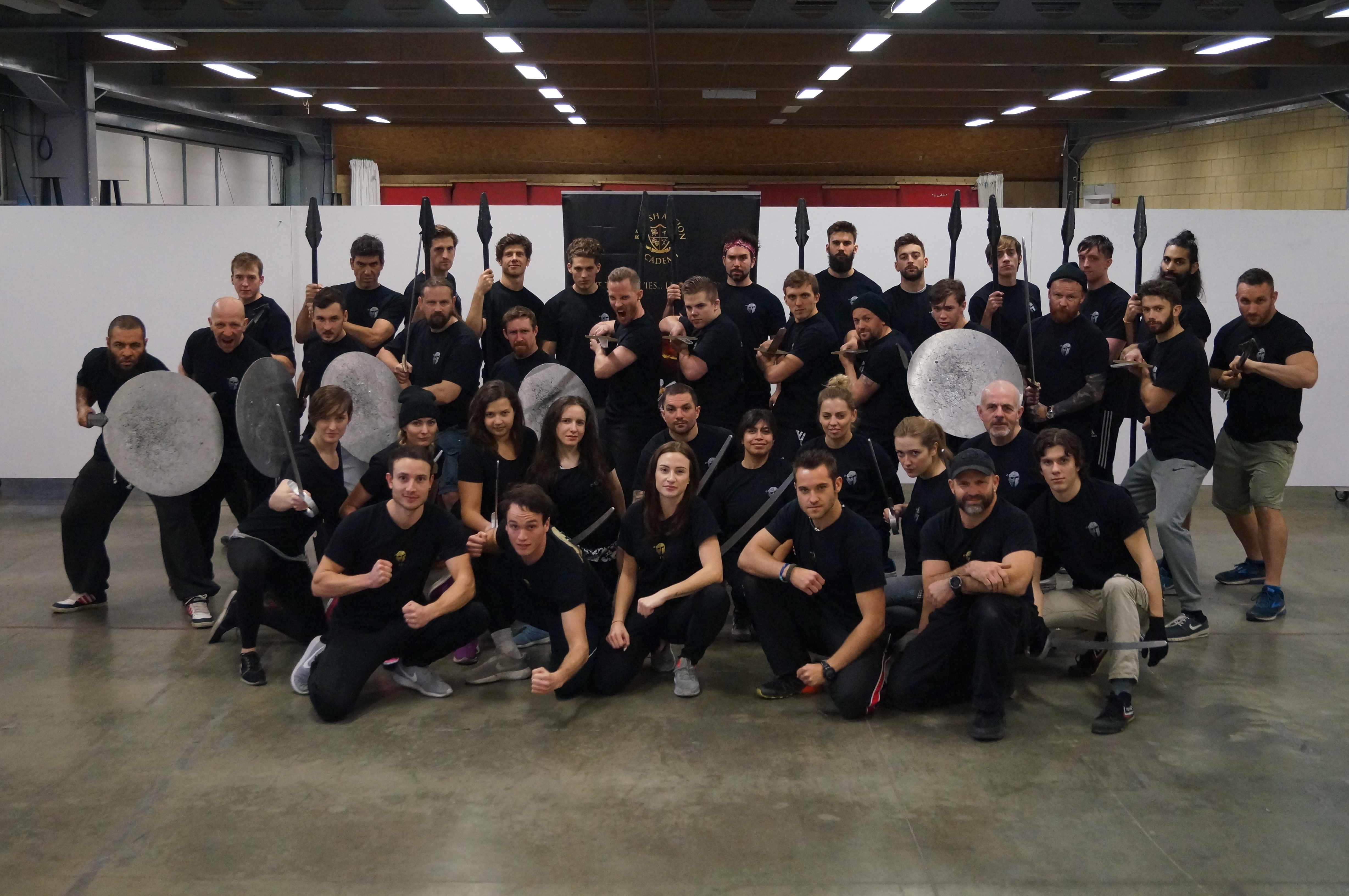 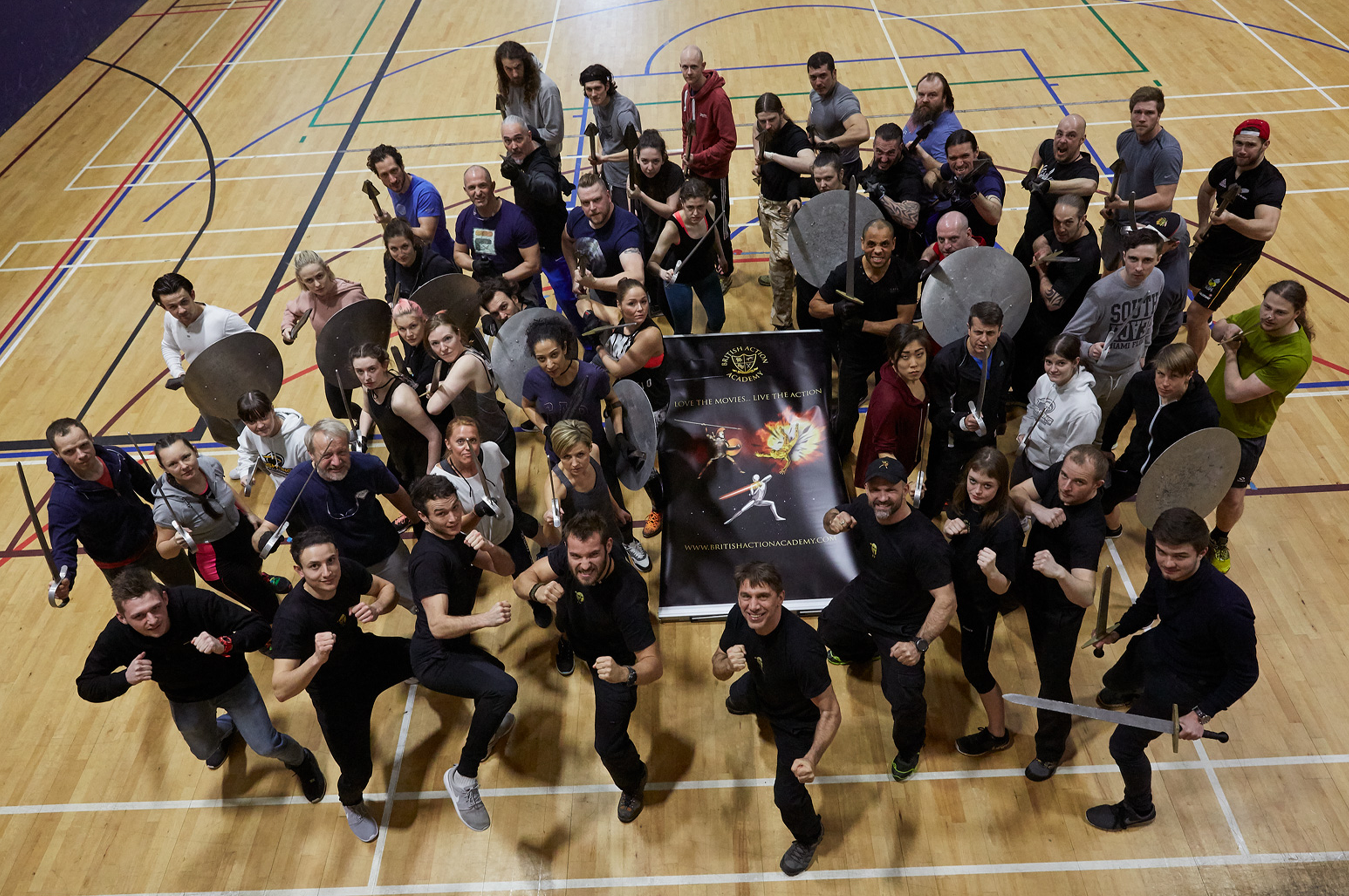 THINKING OF BECOMING AN ACTION PERFORMER?

Sign up to receive a FREE preview of our careers advice guide!

This is a 3 day event, starting 20th March

This is a 3 day event, starting 12th April

This is a 3 day event, starting 27th April

This is a 3 day event, starting 9th May

This is a 3 day event, starting 17th July

This is a 3 day event, starting 8th November